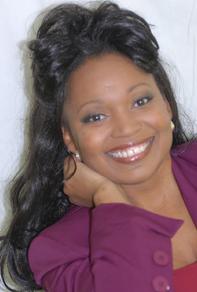 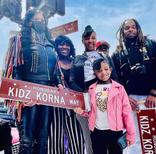 ​​    Celebrating 28Years  Of Taking Youth from the Corners to Opportunities! 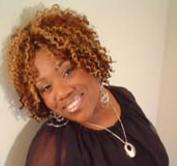 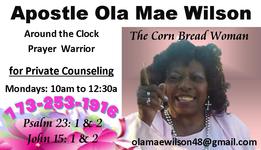 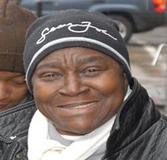 Recently, Delece Williams was allotted an opportunity to pray in the White House during the transition of Presidency from Barack Obama to Donald Trump as her passion for ministry and community work goes hand in hand to help move the quality of lives  forward especially for youth.

She was awarded from the National Child Labor Committee of New York, the Lewis Hines Award for her 21 year commitment and dedication of making a difference in the lives of children in the city of Chicago while shielding them from abuse through her locally produced television show and helping to cure youth violence through community outreach with her youth organization, Kidz Korna, NFP (motto – Taking Youth from the corners to opportunities).

​From the Kidz Korna recipients, over 75% have beat the odds from hanging out on the corners to now working in successful careers, Little Brandon Mahone was selected to be on the voice, Starlet Windham just sang for the Governor’s inaugural ball, lots of them are working in the medical field, our 7 year old is auditioning for commercials and has won many awards at her school, the list of achievers that has come through our programs goes on and on.

​To date, Delece has helped over 15 youth organizations get started around the city to engage and guide young people.  One of the most unforgettable moments was seeing some Kidz Korna youth members help to launch the start of Jennifer Hudson’s Toy drive on behalf of her late nephew’s Julian King and to see how successful it is today.

​Last year, she was honored with her 3rd proclamation from the City of Chicago, naming days of recognition for Kidz Korna’s community work, whereas one is for helping youth to avoid a life of crime by simply passing out toys for Christmas which turned into a Youth Expo and has impacted thousands of youth and families.

​​​​Delece has a Doctorate’s in Theology and Practical Counseling, a Bachelor’s Degree in Theological Communications where she serves the office of Evangelism in ministry and she has mentored countless hours while hosting a daily morning prayer-line for 7 years now to people across the country.

She has Associates of the Arts degree in Liberal Arts from Malcolm X College, studied theater at Columbia College, Licensed in Television Production and Editing at a local tv station in Chicago and a Licensed Cosmetologist.

​Her background is in Modeling, Acting and Cosmetology.  She was Ms. Mahogany, a beauty Pageant Winner in the early 90’s and received small parts in movies, working with Richard Pryor, Spike Lee, Oprah Winfrey, Michael Bay, Keanu Reaves and more.

She experienced the Famous Rapper Notorious BIG story up close and personal as she was there the night he was murdered which is what gave her a testimony with her career, increasing her faith in God's power.  She uses all of those tools to Champion at-risk youth.

"We're Bringing Big Momma Back," is a slogan near to her heart as she recently lost the Matriarch of Kidz Korna, Willien McGee. She represented that phrase very-well, being a loving Grandmother who cared about everyone's children and knew how to solve family problems (example: is the Actor Martin Lawerence's Box Office Hit BIG MOMMA'S HOUSE!),

Her Legacy will now live through our New 50 Plus Mentoring Campaign.  This movement is definitely another powerful venture for the cause of championing youth for Greatness.

Delece is a wife and loving mother of 3 children (including 2 step)and 2 grandchildren with over a 30 year friendship to her husband as she has been asked to write a book demonstrating mentorship in marriage. This year her book on this subject entitled; IN THE HOUSE WITH A KING, will be released soon with a series to follow.  The second book to published is called On the Shoulders of Giants. It's about Stars and Stirring Words to Inspire Greatness.

To add to her list of womanhood, she humbly serves her position and role-model duties of being a celebrity figure on behalf of her husband, (Farley Jack Master Funk, the King of House Music) representing his contribution to the city of Chicago and around the world.  Whereas he is one of the creators of House Music, originating from our city.

Lastly, She makes executive decisions for his brand to enhance the quality of life for youth and families through House Music community outreach projects.  Over the course of their working relationship span, for 20 years now she’s been able to assist over 25,000  youth & families with their philanthropy work.​​

​She is also Founder of Teen Transitional Outreach in Perry Georgia.  Her focus is on the rebuilding the lives of troubled youth.  Her background is in Nursing and 20 years of ministering to teen girls in Prison.

​Danielle started with Kidz Korna since she was 4 and now working in the Health Care Management Field.  She graduated from SIU of Carbondale and is currently working on her Masters to include Social Service work for youth under her belt.

​This awesome WOMAN of God has recently made her transition and will be greatly missed her at Kidz Korna.  She was our Big Momma to the Community,

​and definitely an expert in helping to maintain the control of youth members.

*Women of the Ages

Lisa Hiltonen is now over
the Youth Division

THE TEAM -  (Board Members)

​She currently walking in the office of an Apostle, giving direction under the direction of Spiritual Guidance through Prayer and her Faith in God.  This is a powerful ally for helping us to build family connections for the well-being of youth.